What Is The Deadline For My 2011 Tax Return? 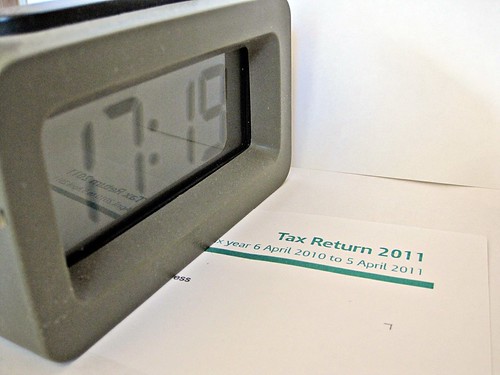 If you’re self employed, you will have to complete a tax return. You will have received a letter in April/May 2011 telling you that you have to submit your tax return to HM Revenue and Customs (HMRC).

If you have previously sent your tax return on paper, you’ll receive a paper tax return.

If you receive the letter telling you to send a tax return after 31 October 2011, you will have three months from the date you received that letter to submit your online tax return.

Penalties for a late tax return

The penalties then rise if your tax return is 6 or 12 months late.

It is the first year that I will have sent in a Self Assessment tax return. If I want to send a paper based version, what is the deadline?

Steve – thanks for your question.

The deadline for a paper return is midnight on 31st October 2011.